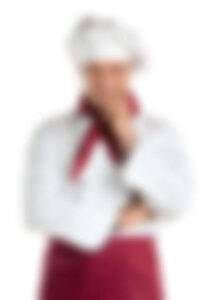 Without any doubt, the fact that Jean-Luc is French has a lot to do with his choice of profession!

For him, as for the majority of his fellowmen, that was simply impossible not to love the traditional French pastry and delicate, sweet desserts.

But eventually, at the age of 19, Jean-Luc decided that he wants to become a part of the culinary industry, preparing all these intricate desserts himself!

It was then, at the Carl Merletti patisserie in Paris, when he began his career as a Desserts Chef…

Eventually, after working at multiple Michelin-awarded restaurants in France, Italy and Greece, Jean-Luc has decided to spread the knowledge for a new generation of future Chefs, by becoming one of our tutors!

This Chef Teaches at the Following Classes: